Timothy A. Chan MD, PhD is a physician scientist, Professor of Medicine, and attending physician at the Cleveland Clinic and the Case Comprehensive Cancer Center. He is PI of a cancer genetics laboratory and is an expert in cancer biology and immunogenomics.  Dr. Chan is Chair of the Center for Immunotherapy and Precision Immuno-Oncology at the Cleveland Clinic, which focuses on immunotherapy research and developmental therapeutics.  He is co-director of the National Center for Regenerative Medicine and director of the Case Comprehensive Cancer Center Immuno-Oncology Program.  Dr. Chan received an MD, a PhD in cancer genetics, completed a residency in radiation oncology, and finished a fellowship at the Johns Hopkins School of Medicine. The Chan laboratory specializes in using genomic analysis to characterize the drivers of genetic programs underlying immunotherapy and oncogenesis. These approaches include large-scale analyses, functional genomics, immunogenomics, biochemical and molecular analyses, and mouse modeling. The lab has a special interest in deciphering the mechanisms underlying immunotherapy treatment response, resistance, and mechanisms. He has over 270 publications in journals including Nature, Science, The New England Journal of Medicine, Cell, and others.  He is on the advisory board for Cell and the Frederick National Laboratory/National Cancer Institute.  He is an NCI Outstanding Investigator and an elected member of the American Association of Physicians (AAP).

Dr. Deville’s clinical expertise involves treating patients with soft tissue sarcoma and genitourinary malignancies. His funded research interests include advancing treatment delivery and assessing toxicity profiles using modern radiation techniques such as proton therapy. He has co-authored over 150 peer-reviewed publications and serves as a Deputy Editor for the International Journal of Radiation Oncology, Biology, Physics. Dr. Deville was recently elected to the ASTRO Board of Directors.

Andreas Rimner, MD, is the Director of Thoracic Radiation Oncology Research and Associate Attending at Memorial Sloan Kettering Cancer Center specialized in treating thoracic malignancies, including non-small cell lung cancer (NSCLC) and small cell lung cancer, malignant pleural mesothelioma (MPM), thymic tumors and metastatic disease. He is the Past Thoracic Track Chair of the Annual Meeting of ASTRO, ABR board member for Thoracic Cancers and Sarcomas, Vice President of ITMIG, Board Member of IMIG and Member of the IASLC Staging and Prognostic Factors Committee. He is the Principal Investigator of 8 ongoing prospective clinical trials. He is a Member of the Lung Core Committee of NRG Oncology and the national Principal Investigator of a phase III NRG Oncology trial (NRG LU-006) on the role of hemithoracic pleural IMPRINT in patients with resectable malignant pleural mesothelioma.

Dr. Stephen Rosenberg is the Director of MRI Guided Radiotherapy program at the H. Lee Moffitt Cancer Center and Research Institute. He grew up in Medford, New Jersey and graduated from Brown University with a Bachelor of Science in Biology. He earned a Master’s of Science in Clinical and Translational Research at Rutgers University in combination with his Medical Degree. During medical school, he was named a Howard Hughes Medical Institute Research Fellow. He went on to complete his medical internship at Memorial Sloan Kettering Cancer Center, where he was named the Suzanne Munson Intern of the Year. He completed his residency in radiation oncology at the University of Wisconsin where he also served as Chief Resident.
Dr. Rosenberg’s clinical focus is the treatment of patients with thoracic malignancies. His research focus is on MRI guided radiation which includes an emphasis on real-time adaptive radiotherapy, radiomics, deep learning/artificial intelligence and genomics. His work is part of the FORT (Future of Radiation Therapy) Departmental research program aimed at personalizing radiation therapy using novel approaches to improve local control of tumors and decrease side effects for patients. He has published over 100 scientific papers/abstracts and lectures internationally on personalized radiotherapy.

Dr. Albert C. Koong is the Division Head and Chair of the Department of Radiation Oncology, MD Anderson, and holds the Olga Keith and Harry Carothers Wiess Distinguished University Chair. He is a Fellow of the American College of Radiology (FACR) and a Fellow of ASTRO (FASTRO). His clinical research interests are focused on the application of highly targeted radiotherapy techniques for gastrointestinal malignancies, particularly on the use of stereotactic body radiotherapy (SBRT)/stereotactic ablative radiotherapy (SABR) for pancreatic and liver cancer. His NIH/NCI funded laboratory studies the role of endoplasmic reticulum (ER) stress in tumor growth and metastases. His major laboratory research focus is to develop therapies that target signaling pathways regulated by the tumor microenvironment and to develop biomarkers that are predictive of clinical outcomes.

Dr. Igor Barani is an Associate Professor and Interim Chair in Radiation Oncology at the Barrow Neurological Institute (BNI). He is a member of the Ivy Brain Tumor Center at the BNI, a translational effort pioneering the use of phase 0/2 trials. Dr. Barani is currently an Executive Director of the BNI Artificial Intelligence Center exploring applications of this promising technology in healthcare. He was previously at UCSF on faculty for ten years specializing in the treatment of brain and spine tumours where he was active in the UCSF Brain Tumor Research Center. He also served as Vice-Chair for Clinical Research in the Radiation Oncology Department overseeing various clinical trials and translational research. From 2014-2017, Dr. Barani also served as a CEO of a medical deep learning start-up company that was named #14 by MIT Technology Review on a list of Top 50 Most Innovative Companies.

I am a board-certified radiation oncologist and co-leader of Memorial Sloan Kettering’s Genitourinary Disease Management Team — a multidisciplinary group of physicians who work together to treat patients with urologic malignancies. As a recognized expert in the field of radiation therapy, I am Chief of Memorial Sloan Kettering’s Brachytherapy Service. Brachytherapy, which we use to treat many types of cancer, is the delivery of radiation using seeds implanted directly in a tumor.

Our prostate brachytherapy program, which I have helped develop and enhance since joining the staff in 1990, is known for its depth of experience and cutting-edge approach in treating men with prostate cancer. For patients with advanced or aggressive prostate cancer, I have significant expertise using high-dose-rate brachytherapy and temporary brachytherapy, in which patients receive several high-dose treatments either as a boost or as the sole treatment. I also have experience using brachytherapy in patients whose tumor has recurred after external-beam radiation therapy or seed implant, as well as expertise using image-guided stereotactic radiosurgery for areas of metastases (spread) such as bone or lymph nodes.

In addition, I was instrumental in pioneering the use of IMRT (intensity-modulated radiation therapy, which is computer-guided delivery of high doses of radiation directly to the tumor) and IGRT (image-guided radiotherapy, radiation beams targeted precisely to the tumor) for treating men with prostate cancer.

I am Editor-in-Chief of Brachytherapy, a medical journal that addresses all aspects of this sub-specialty, and Chairman of the National Patterns of Care Study for Genitourinary Cancers. I am a past president of the American Brachytherapy Society.

For my work in this field, I have been honored to receive several awards including the Boyer Award for Excellence in Clinical research, the Outstanding Teaching Award in the Department of Radiation Oncology at Memorial Sloan Kettering, the 2009 Henschke Medal (the highest award of the American Brachytherapy Society for achievements in Brachytherapy), and the 2009 Emanuel Van Descheuren Award for Excellence in Translational Research.

I lecture nationally and internationally about radiation treatments for prostate cancer.

Dr. Rossi has personally treated more than 10,000 prostate cancer patients with proton radiation over the last 26 years—more than any other physician in the world.

Internationally recognized for his achievements in cancer treatment, Dr. Rossi is a radiation oncologist with a research focus on the quality of life and cure rate in prostate cancer and lymphoma. Specializing in proton beam therapy, he has been treating prostate cancer patients with proton therapy since 1991. Prior to serving as the Medical Director of California Protons, he was the Medical Director of the Scripps Proton Therapy Center and was an Associate Professor in the Department of Radiation Medicine at the Loma Linda University Medical Center. He is currently a Clinical Professor of Radiation Medicine at UC San Diego. 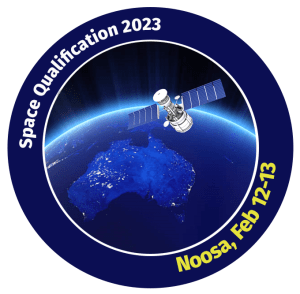