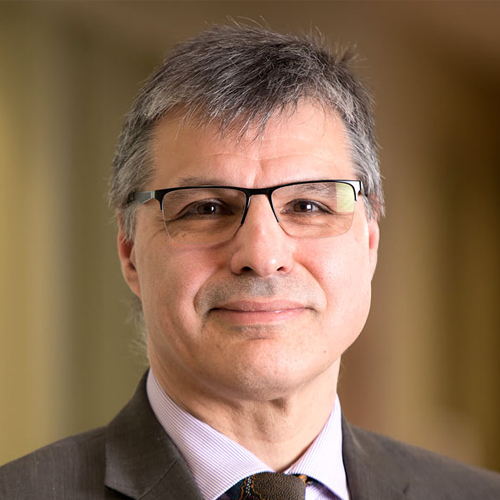 Director of Medical Physics, Institute for Onco-Physics at the Albert Einstein College of Medicine

A) Mitigation of normal tissue radiation injury in the brain. One example of this research thrust is Hippocampal Avoidance Whole Brain Radiotherapy (HAWBRT): While whole brain radiotherapy (WBRT) combined with Stereotactic radiosurgery offers effective palliation in many inoperable cases, it has been speculated that adverse effects on neurocognitive function might outweigh its benefits. HAWBRT aims to preserve neurocognitive function and quality of life, and the Risk to Benefit ratio will have to be optimized with respect to these endpoints. In our work involving patients receiving focal fractionated stereotactic radiotherapy for benign and low grade brain neoplasms, we have established a hippocampal dosimetric threshold of 7.3 Gy in 2 Gy fraction equivalents to 40% of the hippocampus that is associated with subsequent risk of impairment in  delayed recall. Patients receiving a dose of higher than this threshold dose to 40% of the hippocampus are 19 times more likely to exhibit impairment in list learning than patients that receive less than this threshold dose to 40% of the hippocampus. As demonstrated by us this dosimetric threshold can be achieved with currently available IMRT techniques and it may therefore, be desirable to spare a patient’s hippocampus during WBRT to achieve a durable palliative effect with decreased neurocognitive side effects in the memory domain. Using animal models we are interested in further investigating the link between hippocampal irradiation and neurocognitive impairment.

D) Use of  functional imaging to define and characterize high-risk volumes for risk adaptive radiotherapy. Risk adaptive radiotherapy is a biological optimization strategy that is based on the possible risk characteristics for local recurrence in tumor sub-volumes rather than individual tumor voxels and treatment plans are optimized using biological objective functions that are region specific, rather than voxel specific. Risk Adaptive optimization can be employed in the generation of treatment plans based on biological objective functions.

E) Use of functional imaging to assess treatment response of tumors to therapy.