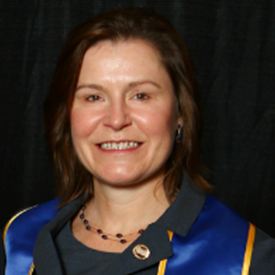 Dr Laura Dawson is a radiation oncologist at the Princess Margaret Cancer Centre, and a Professor the Department of Radiation Oncology, University of Toronto. She completed her medical school and radiation oncology residency at the University of Toronto and a fellowship in high precision radiation therapy at the University of Michigan, where she stayed on as a faculty member until 2003, at which time she returned to Canada to develop a hepatobiliary radiation
therapy program at the Princess Margaret Cancer Centre.

She has published over 150 scientific papers. She was a recipient of an ASCO career development award, and her research has been funded by the NIH, CIHR, NCIC CTG, and the Canadian Cancer Society.