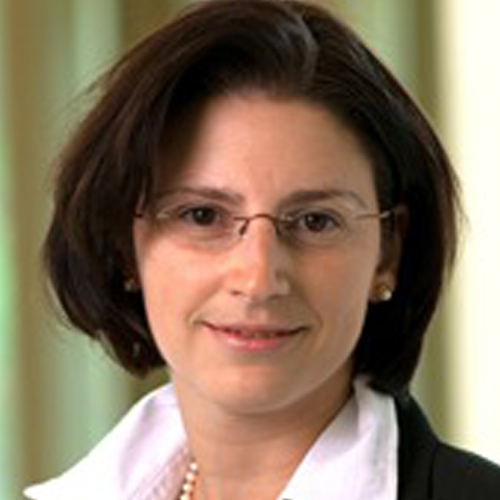 Katia Parodi received her Ph.D. in Physics from the University of Dresden, Germany, in 2004. She then worked as postdoctoral fellow at Massachusetts General Hospital and Harvard Medical School in Boston, USA. In 2006 she returned to Germany as tenured scientist and group leader at the Heidelberg Ion Therapy Center, obtaining in 2009 her Habilitation from the Heidelberg University. Since 2012 she is full professor and Chair of Medical Physics at the Physics Faculty of the Ludwig-MaximiliansUniversity (LMU) in Munich, where she initiated a dedicated curriculum for Medical Physics within the Physics MSc. She also retained a secondary affiliation with the Heidelberg Ion Therapy Center. Her main research interests are in high precision image-guided radiotherapy with a special focus on ion beams, from advanced computational modeling to experimental developments and clinical evaluation of novel methods for in-vivo ion range monitoring. Katia Parodi has been invited speaker and committee member at many conferences, and contributed to over 90 publications in peer reviewed journals, more than 150 conference contributions, 5 book chapters and a couple of patents. For her work she received several national and international recognitions, including the Behnken Berger Award in 2006, the IEEE Bruce Hasegawa Young Investigator Medical Imaging Science Award in 2009 and the AAPM John S. Laughlin Young Scientist in 2015. Since 2015 she is also vice president of the German Society for Medical Physics (DGMP).