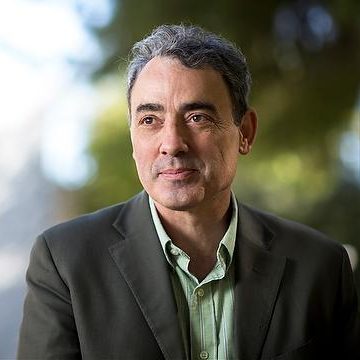 Dr. Francis A. Cucinotta is a professor of Health Physics at the University of Nevada, Las Vegas (UNLV). He received his doctorate in nuclear physics from Old Dominion University during 1988. He worked at NASA from 1990-2013 in several positions including research scientist, radiological health officer for spaceflight, and manager and chief scientist for the Space Radiation Research Project. Dr. Cucinotta was NASA’s manager for the construction and operation of the NASA Space Radiation Lab at Brookhaven National Laboratory. He developed the astronaut exposure data base of organ doses, and cancer risk estimates for all human missions from Mercury to the International Space Station. He has developed models of cancer, circulatory disease and non-cancer risks to the blood forming organs, and central nervous system for understanding the risks to cancer patients and radiation workers. He led NASA’s biodosimetry program for the International Space Station and discovered the association of increased incidence of cataracts in past space missions. Dr. Cucinotta’s biophysical models are applicable to radiation exposures on Earth, to ground-based radiation workers and cancer patients treated with radiation, and for astronauts in space. He developed space radiation quality factors and risk models that were approved for use at NASA. National Research Council and National Council on Radiation Protection and Measurements (NCRP) have reviewed his work in dedicated reports. His models were applied to predict risks for COVID-19 patients for possible treatment with thorax radiation.

Dr. Cucinotta has published more than 400 peer reviewed journal articles and book chapters, and numerous reviewed NASA technical reports in the areas of nuclear and space physics, radiation shielding, DNA damage and repair, biodosimetry, systems biology, and cancer and central nervous system risk assessment models. He has published extensively including in Reviews of Modern Physics, Science, Nucleic Acids Research, Nature Reviews Cancer, and the Lancet Oncology. His work has been cited more than 22,000 times with an h-index of 71 on Google Scholar. He has won research grants from the National Aeronautics and Space Administration (NASA), the Department of Energy (DoE), and the National Cancer Institute (NCI). He earned numerous NASA awards for his efforts, received UNLV’s 2018 Barrick Scholar Award and the Nevada Silver State, Harry Reid Award for Scholarship in 2020. Dr. Cucinotta served as president of the Radiation Research Society during 2014 and received its highest scientific achievement award, the Failla Award, during 2018. He served on two six-year terms as an elected council member of the NCRP, and has served on special committees for the NCRP and the International Commission on Radiological Protection (ICRP).