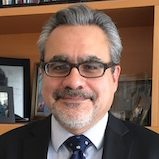 Vice-Chair for Research, in the Department of Radiation Oncology, Perelman School of Medicine, University of Pennsylvania

Dr. Koumenis was born in Nicosia, Cyprus.  He received his B.S. degree in Pharmacy (with honors) from the Aristotle University of Thessaloniki, and his Ph.D. degree in Biochemistry from the University of Houston, TX in 1994.  He completed a postdoctoral fellowship in Radiation and Tumor Biology at Stanford University.  He was appointed as Assistant Professor at Wake Forest Univ. in 1999 and in 2006 he moved to the University of Pennsylvania (UPenn) in Philadelphia, as Associate Professor.  He is currently the Richard Chamberlain Endowed Professor and Vice-Chair for Research, in the Department of Radiation Oncology at UPenn’s Perelman School of Medicine. His scientific research interests include the study of the role of the tumor microenvironment on tumor progression, metastasis and resistance to therapy. His group is also engaged in the development of novel mouse models for the study of radiation toxicity and the testing of new radiation technologies and modalities such as FLASH Proton radiotherapy.