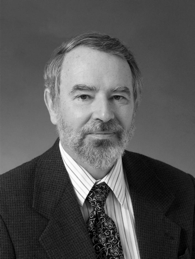 Allan Johnston received B. S. and M. S. degrees in physics from the University of Washington, Seattle, Washington. He joined Boeing Aerospace in 1965, where he carried out research studies on radiation effects in microelectronics for military and space applications, including work on the rebound effect in MOS devices, latchup, and laser simulation.

He joined the Jet Propulsion Laboratory, California Institute of Technology, in 1992 as Group Leader for total dose effects in the Parts Engineering Group. He was a Principal Engineer from 2004 until his retirement in September, 2013. During that time he supported numerous JPL projects, including Cassini, Galileo, several Mars Rover missions, and JUNO, a Jovian orbiter. He also lead research studies on radiation effects in optoelectronics, soft breakdown in thin oxides, and charge yield in silicon dioxide. He continues to work on a part-time status for JPL, serving on the review board for the Europa orbiter that is scheduled for launch in 2024.

His technical interests include ionization and single-event upset effects in semiconductor devices, with particular emphasis on low dose-rate effects, latchup, displacement damage effects, and applications of advanced technologies in space. Related interests include determining how new device technologies and device scaling will influence their radiation performance and reliability in space as well as radiation effects and reliability of optoelectronic devices. He was Technical Chairman of the Nuclear and Space Radiation Effects Conference in 1997, Short Course Chairman in 1993 and 2005, and General Chairman in 2003.

In 2013 he was elected Vice Chair of the Radiation Effects Steering Committee of the Nuclear and Plasma Sciences Society (NPSS), and served as General Chair and Past Chair of that committee until 2020.

He has published more than 100 papers in refereed journals, and two book chapters. He received the Outstanding Paper Award at NSREC in 1999. He has given invited talks at the International Reliability Physics Symposium and the European conference on radiation effects in semiconductors (RADECS). He is also the author of Reliability and Radiation Effects in Compound Semiconductors, published by World Scientific in 2010. He is a Fellow of the IEEE, and is a Distinguished Lecturer of the NPSS.